After years of sweat and tears I am happy to announce the official release of my first and only full feature...1 hour movie.

This is a real saga.....In the early part of 2000 John and I went to Ireland and the Celtic Lands of the UK 2 times. Two years apart each. The first trip we followed St. Patrick's trail. John wrote the music on the ancient Celtic Pilgrimage sites and I took photo's. The second trip was more ambitious. We followed St. Patrick's famous monk followers. If you look at a map of the Pilgrimage site you would see that you had to go to the edges of the earth...

People went by boat in those days..... So we were out on little Islands in Ireland and Scotland, Wales and England...driving all over the country side in a matter of 3 weeks. Taking ferries and boats...it was a truly amazing and beautiful trip.

After John's Eire Isle of the Saints CD came out we started getting fans. One woman and her husband wanted to go with John to the places in Ireland were he wrote the music and hear him tell the stories on the sites. With her help we started leading 11 day tours to Ireland.

We thought the best way to promote John's beautiful Celtic music was to make a movie. Easy enough...get a digital movie camera and go for it...right????

So with John's father's help we bought the best low end camera and a good mic and ran off to Ireland!!

I had never filmed in video in my life..only taken still photo's. I came home with 30 hours of film....
too be continued ...it is a long story...smile and I want to find photo's to go with it next post..... 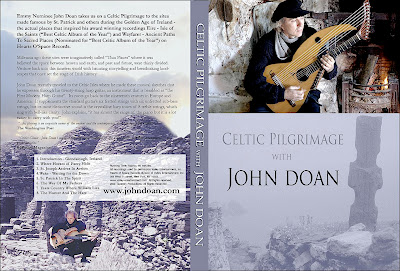 "See inside ancient ruins, perch on rocks along roughed coastlines, and look in on a quiet moment late in the evening when all the tourists are gone and candles flicker. This is an enchanting adventure that is part travelogue, music video, and history lesson all in one. Be prepared to be transported outside of time!"

A Celtic Pilgrimage DVD and Eire and Wayfarer CD's are available at:

Healing Woman said…
You created a beautiful post Deirdra! Lovely tribute to Ireland and your husband. Videos are very difficult. I will probably be back later on to purchase John's beautiful music. I am headed to Ireland in June. Any travel tips there as to where to go and what to see would be appreciated. 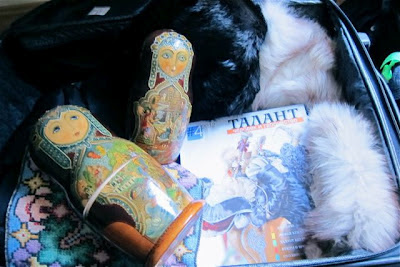